I Purchased an Affordable Epipen in Canada

I made a bunch of phone calls to see if the government regulatory agencies in the United States of America could help me get my Epipen covered at an affordable price.

I talked to Karen at the Washington State Office of Insurance.  She explained that since I get my health insurance through my work, it is a self-funded plan and her organization had no authority to look into my case.

Karen gave me the number to the Department of Labor, which oversees self-funded insurance benefits.  I called 1-866-444-3272 and I had a nice conversation with Andy at the Washington State Department of Labor.  Andy explained that it was up to the employer what benefits to offer to their employees.  He advised me to contact my employer and ask them for better coverage of life saving medicine.  He said that the government does not have any control on what employers offer in their benefit plans.

Andy also suggested that I ask for a generic Epinephrine injection prescription.  I told him that I wasn't really comfortable doing that.  The generic is not really user friendly, and the last thing that I want to have happen when I am dying of anaphylactic shock is confusion while trying to administer the medicine.  A lot of people, sadly mostly young children, have died because the person administering the epinephrine injection was confused and did it incorrectly.  There is the Auvi-Q epinephrine of course, but it's a brand name and $550, which is completely unaffordable.

I learned that our for-profit health care system here in the USA only cares about profits.

Our health care system does not care about people that it serves.  It exists solely for the purpose of generating more and more profits.  Profits for the businesses that are too cheap and stingy to give their employees reasonable benefits.  Profits for the drug companies, such as Mylan, who own patents that give them a right to completely overcharge people for Epipens.  Profits for the health insurance companies such as Aetna, who gouge me $133 every month, and then use the fine print of their plans to refuse to cover life saving medicine.

I learned that I don't want to support our corrupt unjust system in the USA.   You know what country has a fair and decent health care system? Canada!  It's a socialized medicine Shangri-La.  Canadian tax dollars go to free health care for all Canadian citizens.  Well, mostly.  It is more complicated than that, so check out http://en.wikipedia.org/wiki/Health_care_in_Canada if you want to learn more about their health care system.

You know what else?  The Utopian country of Canada is not only nice to Canadian citizens by giving them free health care, they are also nice to other countries who are sick and need help.  Just a few weeks ago, the Canadian government donated over 1000 experimental Ebola vaccines to fight the epidemic in West Africa!

Canada, by being the nice helpful country it is, just may save the entire human species from being wiped out from the Zaire Ebola virus.

So I want to support Canada.

I decided to travel to Canada and buy an Epipen there.  I called Robin's Pharmacy in Vancover, B. C. and I asked how much an Epipen would be.  They said I did not need a prescription, and that one Epipen would be $99.99.  Sold!

So last Saturday, my friend Elcaset and I drove from Seattle to Canada and I bought my new Epipen.  It was a fun road trip and I ate Poutine for the first time in my life.Yum.

Here is a picture of the beautiful Canadian sunset over Wreck Beach: 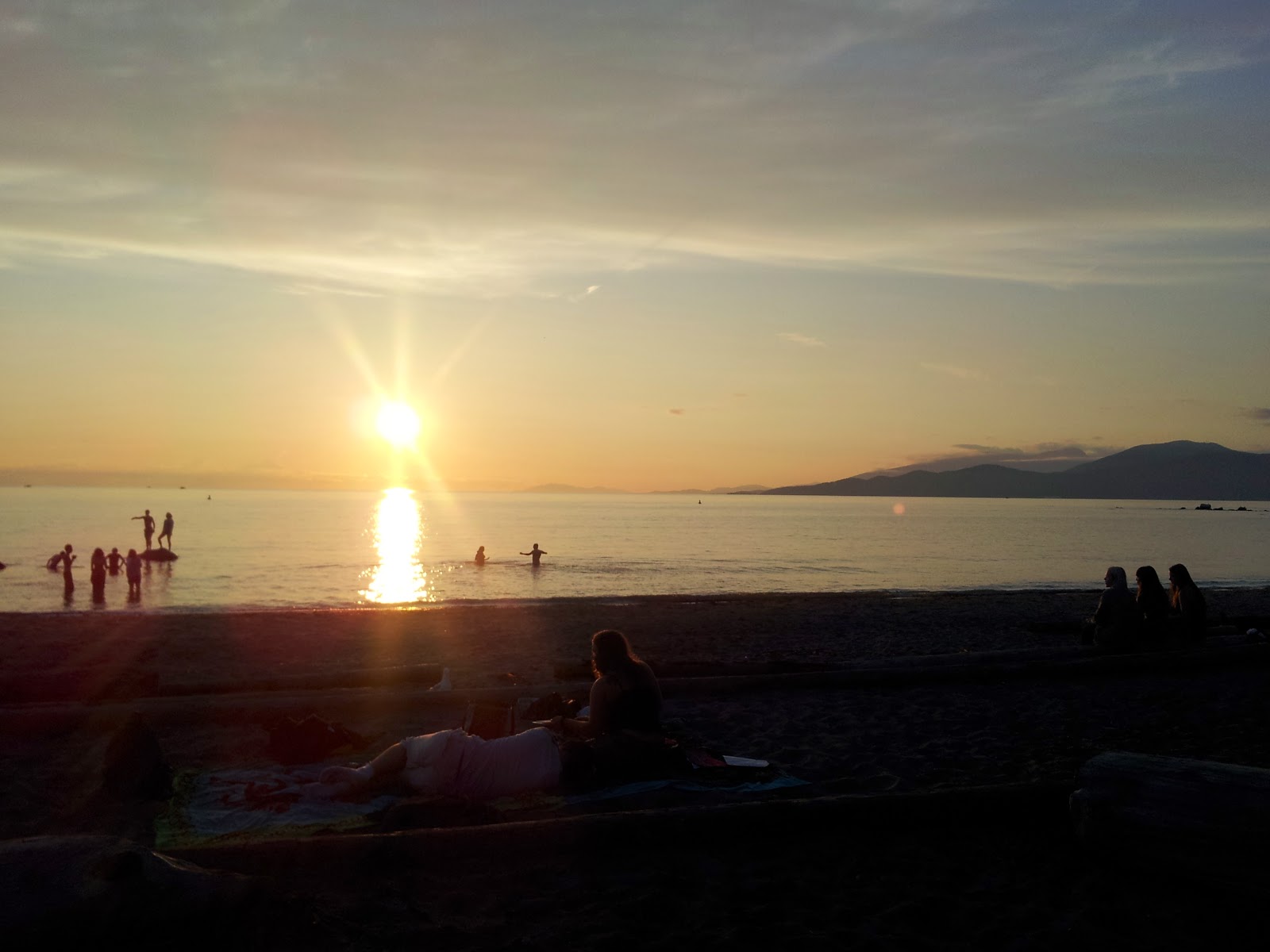 Here's a picture of me in Stanley park: 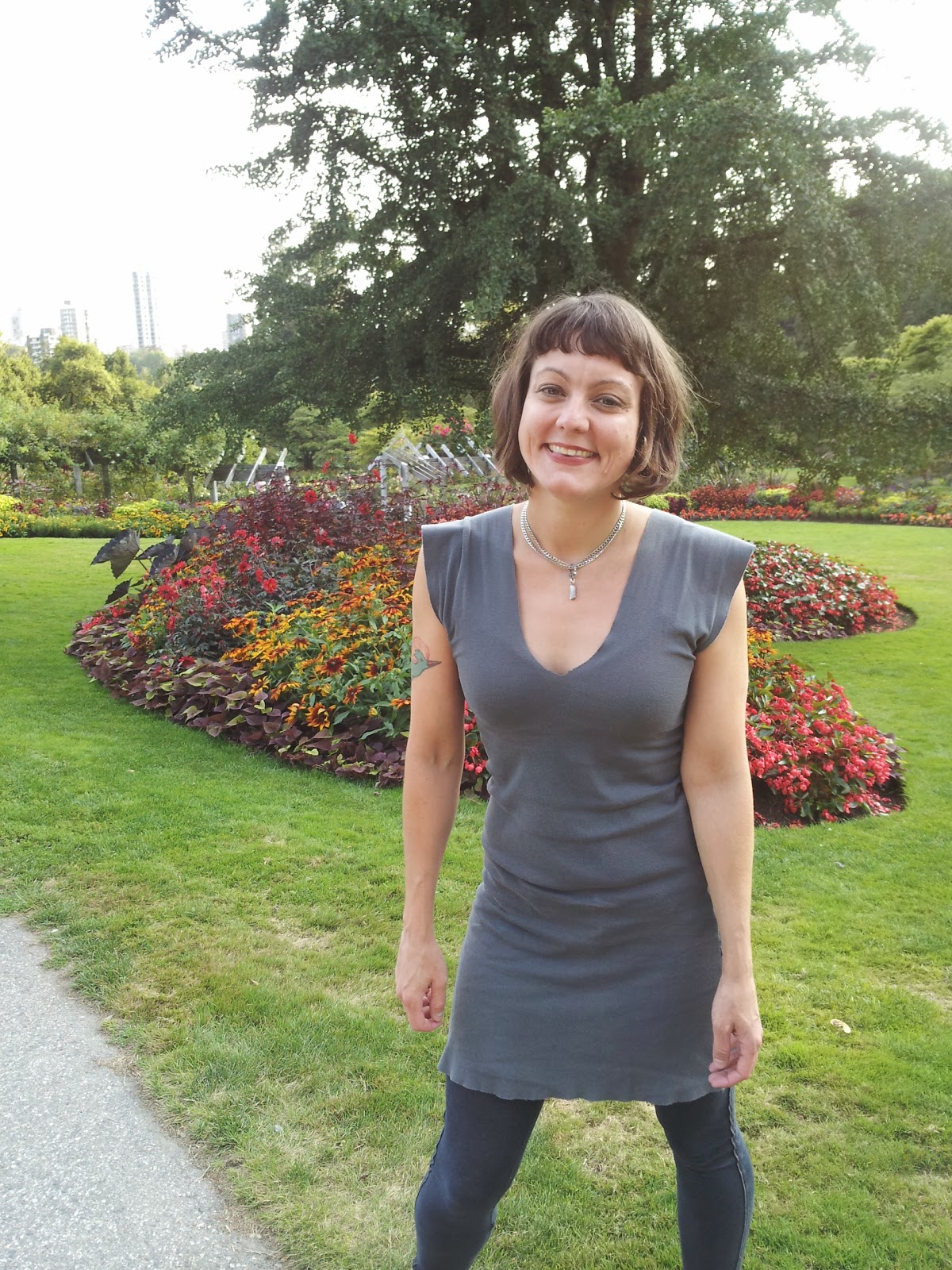 It was a totally fun road trip, and now I have an Epipen that isn't expired.  My new Epipen is so awesome it won't expire until November of 2015.  I need another Epipen of course, but now my doctor can write me a prescription for one and I can use Mylan's $100 coupon.

The issue of course is that life-saving epinephrine injections in the USA are completely unaffordable to working class people.  There ought to be a law protecting people with deadly food allergies like me from being ripped off and gouged by big pharma corporations who overcharge for life saving medicine.  It wasn't my choice to have a deadly food allergy!  It isn't fair that I can't afford life saving medicine!

I intend to write to my Senator Patty Murray, and my Representative, Jim McDermott explaining my heart breaking situation, and imploring them to draft laws protecting working poor people like me from being financially exploited by evil corporations.  Writing my congressman probably won't do anything because my representatives get a lot of their campaign money from health insurance and the health industry.  Using the new greenhouse app extension on Google Chrome check out how much money the corporations and industries that are taking advantage of people like me are pumping into my representatives. 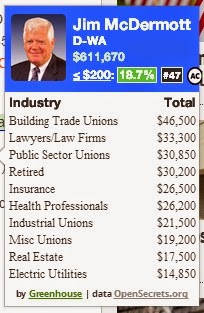 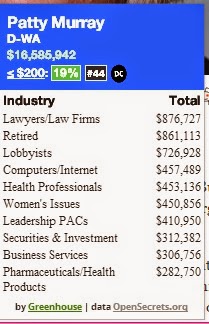